It’s about time just to live. Just to love. Just to feel the highest and clear love. A sort of “film” enacted in their life almost 10 years ago. It was exactly when we began our shooting process. No one could imagine where this romantic venture will lead to. At that time Lena, a mother of a large family, a real embodiment of a mysterious Russian soul divorced Yura in a sacrificial outburst. She had married a murderer, life-sentence prisoner. How could it happen? Nowadays after a gut-wrenching trial Lena and Yura are married again. Plain soul noblemen from a country-side yet again impress us with a deep self-searching, graceful feelings, a sense of humor and a melancholy of impossible.

Irina Vasilieva was born in Moscow. She graduated from screenplay workshop of VGIK in 1979. She had worked on the Russian television as an author, director and a presenter of the cyclus of programs called «Perpendicular cinema». The creator and the director of more than 30 documentaries, which were shown in Israel, Hungary and Serbia. Full-fledged member of International academy of television and radio (IATR), “Nika” Television Academy member. 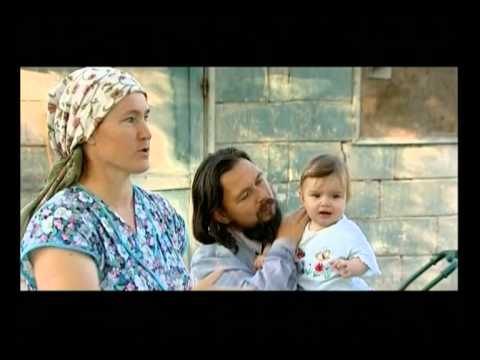 Beethoven «To Elise» — the tune that is familiar even to those, not dealing with classical music. It sounds in a film shot by irina Vasilieva. Why? Probably lyrical, sincere and soulful address to audience is a keynote, a theme tune of a remarkable story chased on a documentary film.

A true story of Yura, Lena and their children’s family living in a country-side somewhere in Russia, is a made-up script for a feature-length screen romance. After several years of marriage, Lena at first reminding another Emma Bovari, leaves family and go to her love, an image she had seen in her dreams. Husband-to-be turns out a murderer, sentenced to life imprisonment. Though it is not clear which roads led her to a colony with a strict regime. It’s a kind of a mysterious part of this story. A husband –prisoner as if a mirror of tormented soul, in which Lena sees her vices. But still she doesn’t attain happiness. Looking for self-identity she comes to a convent. Having spent some time there she returned home. The only unclear moment is a question of metamorphosis, when did it happen and how? When had it occurred to her that she needs to be not in the convent or in a marriage with the prisoner, but with her family, whom she left several years ago. Judging by the film, it comes out that the main reason for return was a letter from home. Yura just wrote that he is still waiting.

The story of the return stretched for ten years along with the process of film production. It is shown not chronologically. The scenes of family idyll appear in the documentary. But thereafter like a frame from a wardrobe, emerges a story, started long ago. The shots from 2002- the beginning of the story – rotate with the ones, made in in 2006 and the shootings of last years. The black-and-white picture changes for colored one. This contrast as if a set a pace of a whole narration, unpredictable turns of the life. All years shootings, turning into the one complete story, enable us to see how Lena was changing and attaining her identity, and how Yura was patiently waiting for her.

Telling about herself, about everything that had happened in the last ten years, Lena is absolutely sincere when saying she doesn’t feel the repentance. On the one hand, it’s strange to hear it from the large-family mother, once being married and return now to her family.  She doesn’t conceal her past and condemn herself for leaving her husband and children alone. She concedes that the pride is a main side of her character, which she tamed only by long prayers in the convent. But on the other hand, one must not forget that Lena – is not only the mother of a large family and a housewife, but a woman, queers for happiness.

Yura perfectly plays a role of preacher of all the Christian virtues and values, which Lena aspires to reach. He means a lot for a documentary. He had a grueling time. It’s not an easy thing, for certain, to begin a new life with kids; furthermore the love to his wife must also be taken into account (By the way the children refused either to write any letters to their mother to the convent or to ask her to return). He speaks about two types of people: those who are always on the way, always high in the sky in the flight, hovering above the earth and those, who have to repair their planes. Unlike his wife he chooses the way of truly Christian patience, faith and understanding. There is no prequel of their family relationship shown in the film. Though right there must be hidden the reasons for his so-long patience. The whole film he more keeps silence, except for the moment he stays alone with the film director.

There is one more character in this story – a prisoner for whose sake Lena left her family. Lena has always been and remains cheerful and happy person, while he experiences deep emotional distress not only after meeting Lena but with the conversion to religion. Even after break-up he still continues writing letters to her, telling about his life. But she doesn’t care now. And the story of his metamorphosis lacks in cover.

The theme of faith is one of the key ones in the film. It is surprising, but Lena, committed Christian, going to acts of worship, has to struggle with her pride on a long way to attaining happiness in bringing her children with her husband. Not in looking for birds in a bush. Yura in contrast had never been to church before, though it seems like he was born with all Christian virtues inside. Wouldn’t it be impossible for Lena to come through all troubles without faith? Not, for sure. But Yura would have passed all the difficulties even not converting to religion.

The story has ended. How did it change all its participants? Did it lead them to humility? Probably, not. Yura was bringing up his children alone for several years and still was hoping for Lena’s return. He is not the one, resigned with his fate, but just a man of integrity, strong and earnest one. The one believing he is doing right, when forgiving his wife and living for his children. A romance in Lena’s life has ended, but, once she may leave everything again to make her way to finding a bluebird. As she is light on foot, cheerful and active, always following the first spiritual impulse. The film director’s position is apparently closer to Yura’s. There is no need to worry about Yura, still in the case of Lena the end-all of the documentary leaves some doubts.

Still the film is documentary and its plot differs from the storyline of Lena’s romance. It begins and ends with words about love and patience. The life is more likely to be unpredictable than any film story.